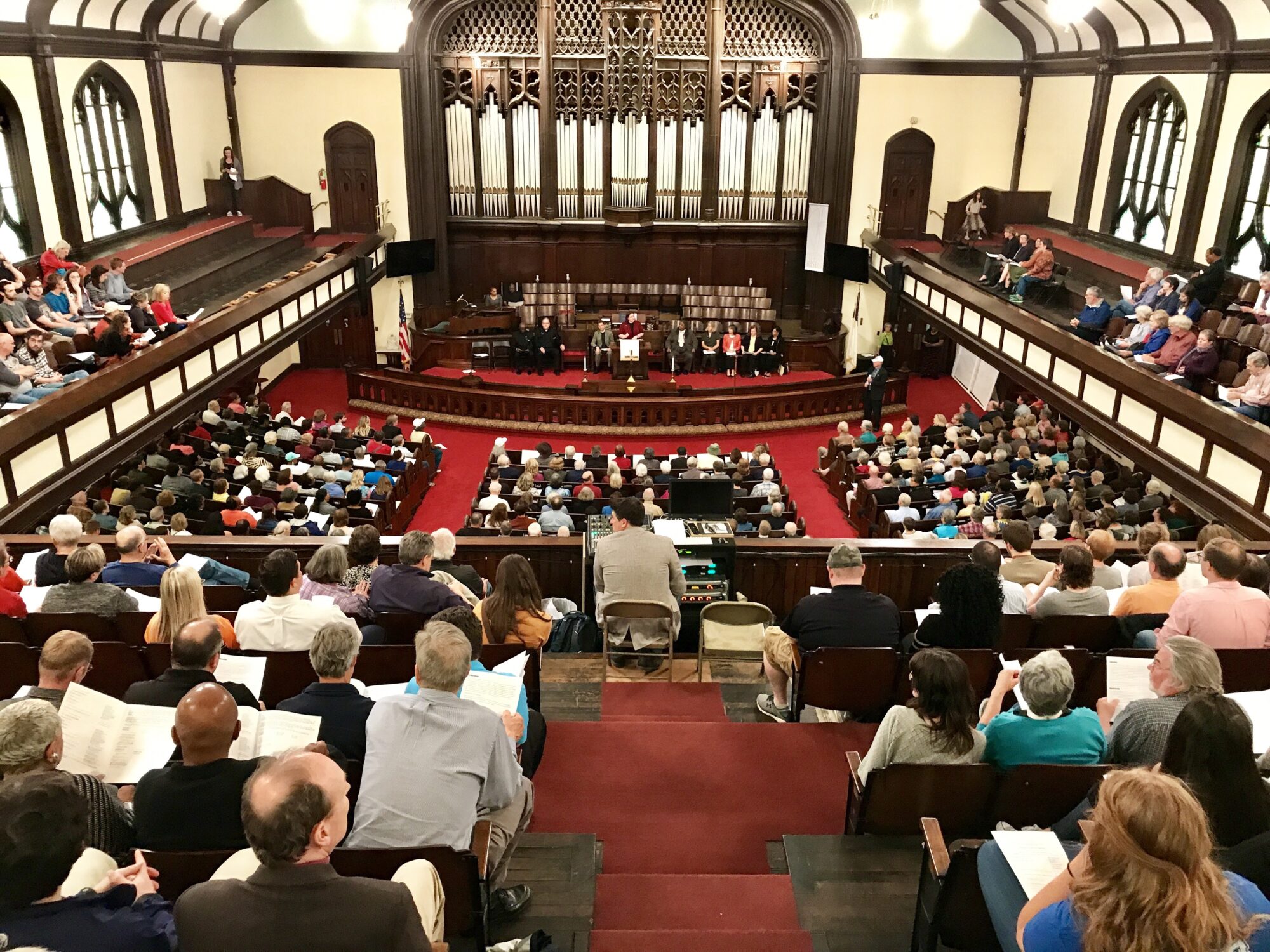 KNOXVILLE, TN — They call themselves Justice Knox. They live by Micah’s words: “Do justice, love mercy, walk humbly.” They are the parishioners of 20 Knoxville churches–black and white, rich and poor–who have come together to speak directly to local government officials about how they believe problems in the community should be addressed.

The issues they speak about are selected by asking each other to identify the most important problems and then doing in-depth research as to what solutions should be recommended. Working on an academic year calendar, last April they asked law enforcement to look at how they dealt with the mentally ill and the school system to commit to how it dealt with students who had behavioral problems.

Last week, the group had three problems presented for consideration – crime and violence, addiction and drug abuse, and homelessness and affordable housing. The issues had come out of a series of house meetings that had been held over the last two months, said The Rev. Meredith Loftis, co-president of Justice Knox and associate minister of First Presbyterian Church.

Now the members will listen to personal stories and interview experts as well as do specific research as they discern what aspect of the issue to address and what recommendations to make, Loftis said. As they make their decision they will determine which government officials it would be appropriate to ask them to take the actions Justice Knox believes are best.

Last spring after a year of guidance by co-presidents The Rev. Chris Battle, pastor of The Tabernacle Baptist Church, and The Rev. John Mark Wiggers, rector of St. James Episcopal Church, the Knox County Sheriff’s Office and the Knoxville Police Department attended the Nehemiah Action meeting, but the school board rather dramatically did not.

Both Sheriff J.J. “Jimmy” Jones and Chief David Rausch agreed that they would train all officers on their forces in crisis intervention within two years. At the time new officers coming out of the academy all received the training, but veteran officers had not received training. This had left too many situations where untrained officers were dealing with citizens who were having mental health problems and were creating disturbances in the community, said Loftis.

The other issue from last year was an ask, as Justice Knox calls it, to the Knox County School Board that the board committee to effective restorative practice in five of the district’s 89 schools. The idea would be that eventually the practice would be expanded to all schools. Restorative practice is taking action other than detention, suspension or expulsion that would keep a student class. The idea is that students who are suspended or expelled are more likely to drop out.

School board members refused to attend the Justice Knox meeting where the matter was discussed. However, later a school administration employee got in touch with the organization’s leadership and there are ongoing discussions.