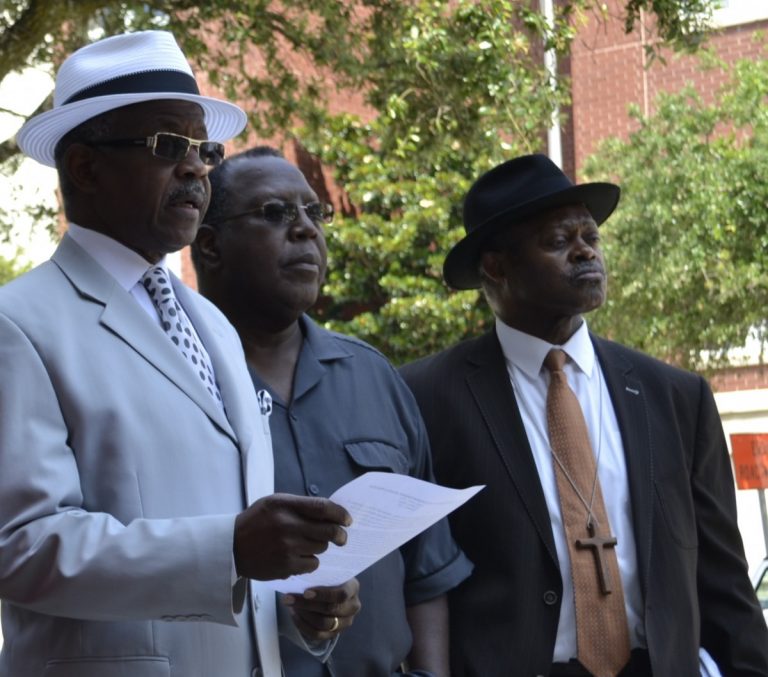 CAJM Moving Past Its Successes Onto Affordable Housing In 2018

Charleston Area Justice Ministry President Rev. Charles Heyward thinks the network of faith-based congregations ended 2017 on a high note, though there were some disappointments. Currently some 28 congregations are members of the organization formed in 2011 to address social justice issues. Its first initiative in 2012 was to address Schools/Education and Crime/Violence.  Each year since CAJM successfully has challenged issues that include wage inequity and police bias. Last November members voted to address affordable housing and gentrification in 2018.

Over the past 4 years, CAJM has gotten commitments for 280 more preschool slots, and better law enforcement tactics to keep juveniles out of jail for non-violent offenses. CAJM won a Charleston County School District commitment to implement Positive Behavioral Intervention and Supports and Restorative Practices to lower suspension and arrest rates. Charleston and Mount Pleasant police are responding favorably, but North Charleston police continue to be a concern, Heyward said.

CAJM’s 2016 successes in addressing wage inequities led to Charleston County contributing to funding legal services for employees challenging employers for unpaid wages. Heyward said CAJM was able to amplify the voices of workers who often had no legal recourse to secure unpaid wages and helped employers understand there is accountability.

Last year’s challenge to police bias squarely was met with opposition from authorities, Heyward said. In Charleston and North Charleston, despite researched information indicating bias exists, authorities rebutted calls to address it. However, ultimately North Charleston would create a Citizens Advisory Commission for its police department and Charleston approved an independent police department audit of practices and policies. The year closed on an encouraging note, Heyward said.

In its December newsletter CAJM credited the persistence of its members saying, “Just this past June the vote for the new Request for Proposal (RFP) failed 5-7. But the vote changed in November because so many people continued to press City Council. The dedication of all who have pursued this issue for two-plus years is incredible! A committee has been assembled that will meet in the new year to finalize the scope of work for the (Charleston) police audit then send out a new RFP. We’ll keep following up to make sure the scope is sufficient. The vote by Charleston City Council was the first step toward addressing racial bias in police practices. We must continue to be persistent to see this audit through and begin to take the steps necessary to push North Charleston in the right direction as well.”

CAJM’s 2018 focus on affordable housing is a must when many in the area pay as much as 50 percent of their income for housing, Heyward said. He promised the organization will put a lot of energy behind the effort. Last week he met with housing experts for a research meeting at Morris Street Baptist Church 9n Charleston.

CAJM’s receipt of the Harvey Gantt Triumph Award, named for the Charleston native who struggled become the first black student admitted to Clemson University and ultimately became the first Black mayor of Charlotte, N.C., affirms CAJM’s commitment to those who can’t speak for themselves, Heyward said. And while the future of the organization looks good, he encourages more congregations to become engaged.