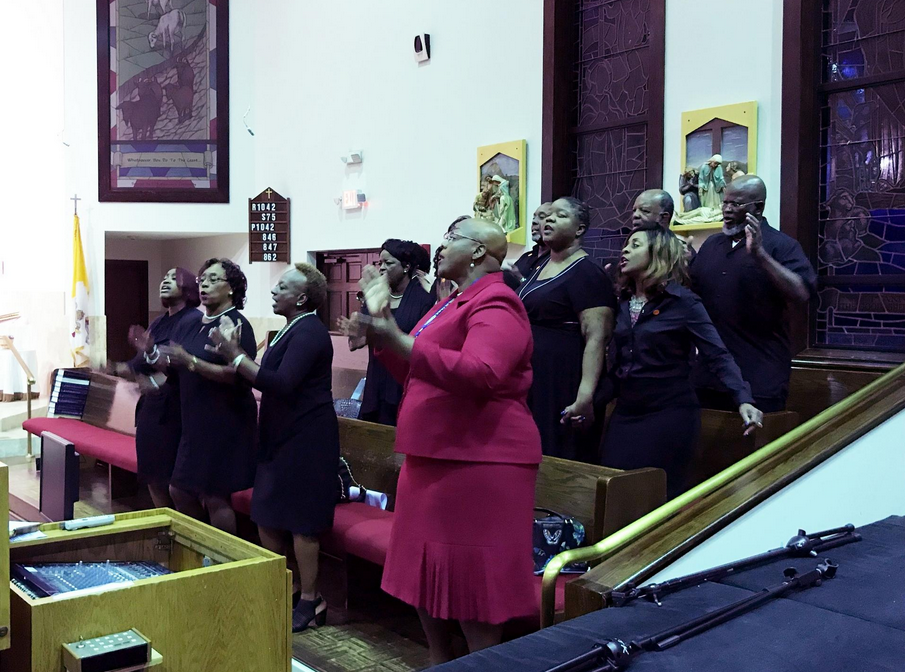 The scene for an ICARE meeting is impressive.

There is a sea of people in the church pews, but they aren’t all from one congregation or faith: there are Christians, Jews, Unitarians, Baha’is and more, making up a wonderful human quilt of Jaclsonville.

And the meeting they’re attending in this church won’t take hours: it’s a highly structured one with just a few minutes reserved for every speaker.

It’s appropriate, because ICARE has always been about turning words into real, tangible action.

As Hazzan Jesse Holzer of the Jacksonville Jewish Center noted to fellow ICARE members, the Hebrew word for “to pray” also means “to intercede.”

“When we see injustice we must intercede,” he said.

Working together for great things

Now in its 17th year, ICARE includes 38 congregations representing over 30,000 members, according to its website. It is a nonprofit and thus is politically nonpartisan and vigilantly independent.

ICARE, short for Interfaith Coalition for Action, Reconciliation and Empowerment, uses its moral authority and its relentless commitment to press for improvements outside Jacksonville’s houses of worship.

There now are nine sister programs in the state, all pushing to break through the inertia that maintains the negative status quo in Florida.

During any large gathering of ICARE members, speakers will often use a call-and-response approach that emphasizes unity and working together.

“When we work together,” a speaker will say, “great things happen,” the congregation will respond.

And ICARE had reason to celebrate some great things during its recent meeting.

Members were noting the group’s success in pushing for such programs as civil citations for minor, nonviolent offenses for juveniles — along with neighborhood accountability sessions for youths.

These are concepts that have been embraced by both JSO Sheriff Mike Williams and State Attorney Melissa Nelson.

ICARE pushed for $1 million in funding for the nationally known Jacksonville Reentry Center, and the sheriff came up with $994,000.

That has been less successful but one thing is certain: ICARE will continue to press forward.

ICARE is also pushing the sheriff and state attorney to make their websites more easily accessible with a list of specific data sets.

For example, ICARE wants to see JSO’s use of force data along with demographic information on age, gender, race, ZIP Code and the officer involved.

For the state attorney’s website, ICARE wants to see such items as the number of calls to the Human Rights Hotline, prosecutor demographics and prosecutor participation in community programs.

During the recent ICARE assembly, there were no elected leaders present to speak to audience members.

Mayor Lenny Curry’s absence was not unexpected: an appearance by the mayor at a past ICARE assembly became tense at times when members pressed Curry for budget promises that he felt unable to deliver, citing the city’s then-looming pension crisis.

But it was unfortunate that neither Williams nor Nelson attended the recent ICARE session, either (though Williams did send JSO Undersheriff Pat Ivey to represent the department).

In the future, both Williams and Nelson should make it a point to attend these heavily attended ICARE assemblies.