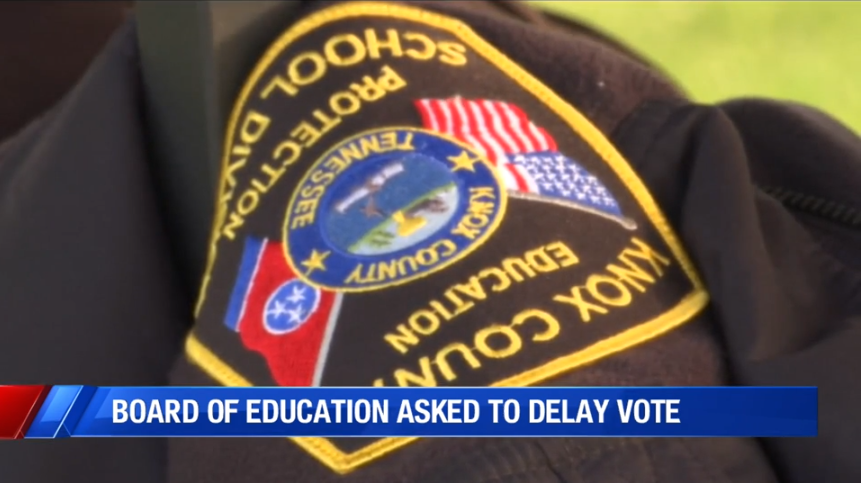 Several community groups have requested a public forum to discuss an agreement soon to be made between the Knox County School district and the local law enforcement agencies.

The agreement mentioned is the Memorandum of Agreement by and between the Knox County Board of Education, Knoxville Police Department and Knox County Sheriff’s Office, which addresses the roles and responsibilities of law enforcement agencies at the schools.

“The draft Memorandum of Agreement has been developed largely behind closed doors and without meaningful opportunity for questions, comments or input from the public,” according to the release sent by the Education Coalition.

The groups want the school board to postpone its vote on the adoption of the proposed agreement, which is scheduled for Wednesday night.

The groups also requested that the Knox County School district superintendent to facilitate public forums and allow concerned parties to seek clarification on issues in the agreement.

The groups requesting the public forum include:

Rev. Dr. John Butler, president of the Knoxville National Association for the Advancement of Colored People, said the Education Coalition had been working with the school district for at least a year on the memorandum.

Butler said though, that members of the coalition barely had time to thoroughly read the memorandum and write down concerns from when the document was made public to when the school board would vote.

The following are some of the concerns the Education Coalition raised:

WATE has reached out to the Knox County School district for comment about the request for a vote postponement.

The spokesperson said a statement may be available on Wednesday.