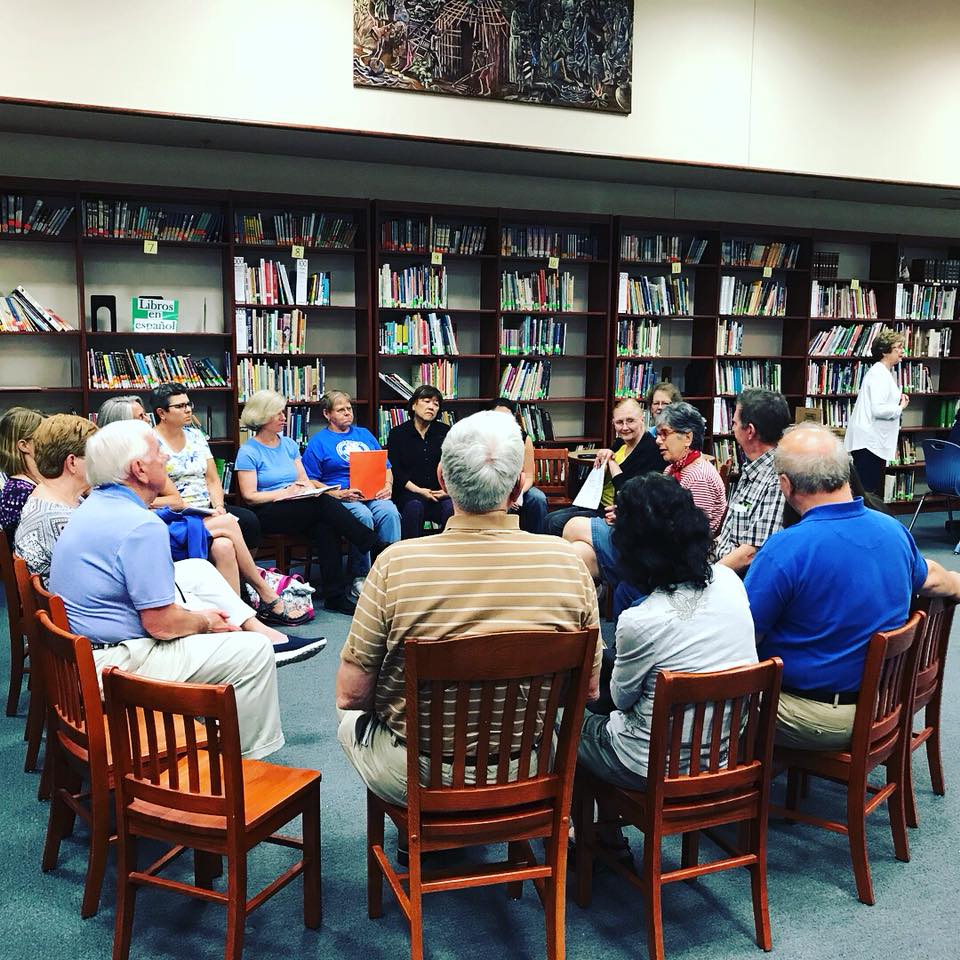 ‘We are not going to go away.’ Faith-based group, superintendent in standoff over suspensions.

A disagreement between a Lexington faith-based organization and Fayette Superintendent Manny Caulk came to a head at this week’s school board meeting as group leaders repeated a charge that Caulk had ignored their requests to consider a proposed solution to the disproportionate suspensions of black students.

“We turned out tonight because we are tired of being ignored,” said Rev. Joseph Owens, co-President of the organization called BUILD, Building a United Interfaith Lexington through Direct-Action. BUILD members say they have been trying get a meeting with Caulk since January 2019.

At the meeting and in a statement afterward, Caulk responded forcefully to the criticism , saying the group’s data was outdated and the district was already using the program that the BUILD organization was proposing. BUILD members have maintained for nearly a year that Caulk refused to work with them or consider a method to reduce suspensions that is being used in Jefferson County Public schools.

“It is clear that some leaders of the BUILD organization are not being fully transparent with their members,” Caulk said in the statement. “I have replied to their multiple emails and their invitation to visit a school in Jefferson County. They just didn’t like my response.”

Owens said that black students were three times as likely to be suspended as white students: “Many of our children are being kicked out of school simply for acting like kids.”

He said school board chairman Stephanie Spires and former board member Will Nash accompanied members of his group to Jefferson County Schools on Oct. 30 to observe the SaferSanerSchools model that the group supports and to meet with Jefferson school officials. But he said Caulk did not respond until after the meeting in Jefferson had begun. BUILD members have said that the model of restorative practices transforms the school environment.

Owens said his group had done its homework. He said they conducted research and talked to staff, students and families in Fayette County and in other school districts across the country before proposing the model to curb suspensions.

Another BUILD member, Father Dan Noll of the Mary Queen of the Holy Rosary Church also spoke at the school board meeting Monday telling Caulk, “It’s beyond time that you set up a meeting to begin the conversation about this kind of training.”

“We will continue to fight for our children because children belong in school,” said Noll. Both clergymen’s statements were met with loud applause from the several BUILD members in the Central Office auditorium.

In his statement, Caulk said he had asked BUILD members to familiarize themselves with the work already happening in Fayette County, to visit Leestown Middle School where exemplary restorative practice structures are already fully implemented, and read the Fayette County Public Schools District Safety Advisory Council white paper recommendations for the community-at-large.

“They never responded,” he said. “I believe there are good-hearted members of BUILD who want to help improve our community. But the organization’s approach is misguided. Based on outdated information, they have made assumptions about discipline practices in the Fayette County Public Schools, and have determined that there is only one solution.”

Restorative practice is not a singular program, Caulk said. He said it is a structured approach to resolving conflicts between any individuals in school communities. This year, 37 Fayette County Public Schools staff members are going through the “Safer Saner Schools: Restorative Practices in Education” training program and will then be certified to train other FCPS employees, Caulk said.

He said in just three years, Fayette County had made significant progress. While student enrollment has grown, Caulk said suspensions are down, students are missing fewer days of instruction because of suspension, and the disproportionate suspension of black students has fallen by 40 percent.

“Yet again tonight two spokesmen for BUILD sat before our school board claiming our suspensions are increasing and insisting we adopt a program we are already using,” Caulk said.

He said that the district executive leadership team monitors suspension numbers monthly in order to have real-time information about what’s happening in schools.

At the board meeting, Caulk shared data that showed as of Oct. 31, suspensions were down at 25 of 37 elementary schools, at 9 of 12 middle schools and at 4 of 6 high schools. Suspensions of black students and students of two or more races are trending down, district officials said.

“I have tried to share current data with the members of BUILD and inform them about the efforts already making a difference in the lives of our students, but they continue to insist that we should visit a district with nearly 3 times Fayette County’s suspension rate,” Caulk said in his statement.

At the school board meeting, Caulk showed videos of Louisville television stations’ news reports of weapons and violence in Jefferson County Schools.

Caulk said that churches are the anchor institutions in some of Lexington’s most distressed neighborhoods and must play a central role in addressing the root issues facing children and families, regardless of race. He said Fayette County schools need more mentors, more volunteers, and community-based services to address the trauma children are living with in their neighborhoods.

“Our families are more concerned with the dramatic increase in the number of shootings in Lexington than an issue we’re already addressing,” said Caulk.

Spires at the board meeting thanked BUILD members for their efforts, but she asked if members would work together with school district officials.

“I need you all on the front lines with us,” she said.

Belinda Snead, a member of the BUILD board, said Tuesday that Caulk “said a number of misleading things in his response.”

“We just want to have a face-to-face meeting,” she said.