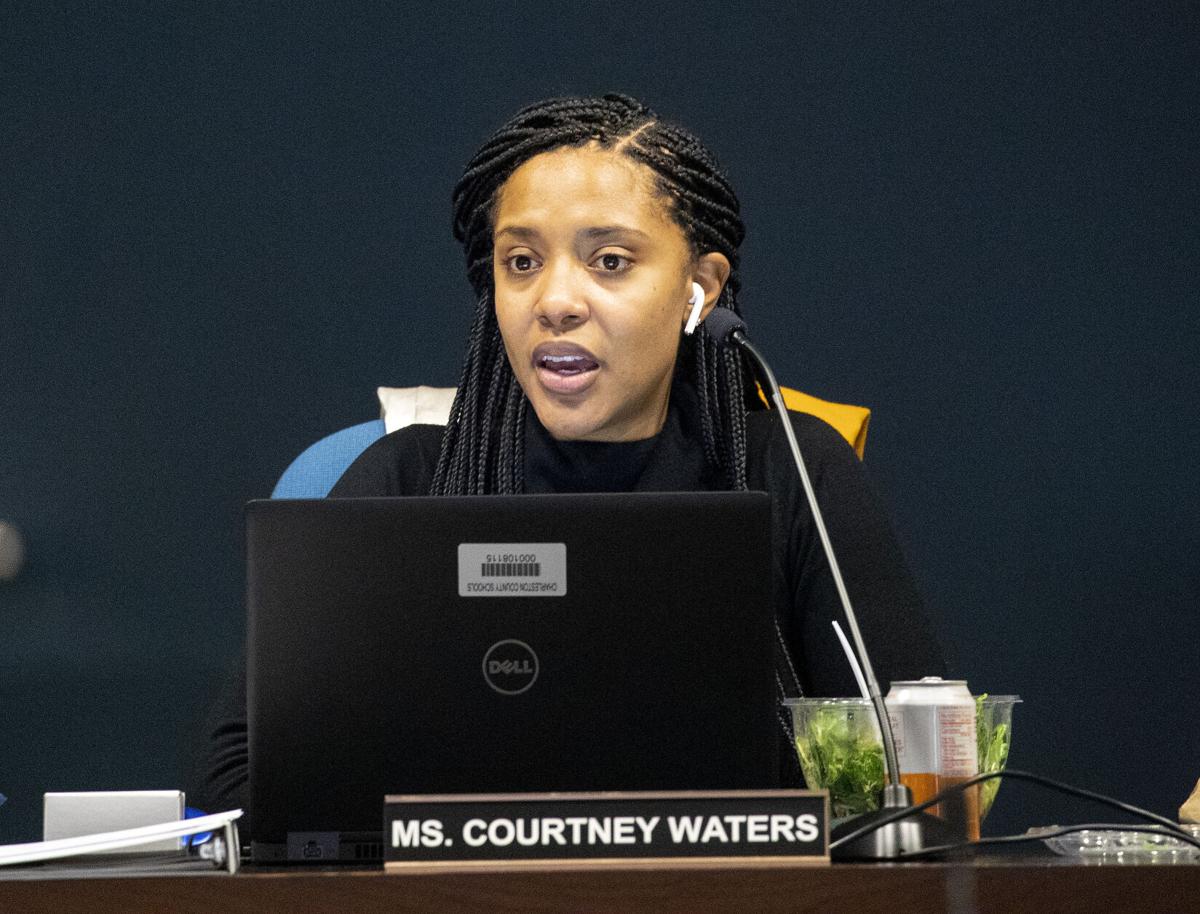 By Moe LeneweaverDecember 10, 2021No Comments

Some of the fiercest advocates for change include several newly elected school board members. They say that improvements to the district’s discipline policy and additional wraparound resources are especially crucial during the COVID-19 pandemic.

All five freshman board members elected in November have promised to tackle disciplinary reform as one of their top priorities. Several even centered their election around the issue.

Some community education advocates and parents are hopeful that the newcomers’ victory over several veteran board members who sought reelection this year suggests that big changes are likely on the horizon.

Community advocates have called on the district to update its student behavior policies for years, with limited success. They’ve pointed to evidence showing Black students have historically been suspended and arrested at a disproportionate rate compared with their White peers.

District officials are well aware of this disparity and have been working to curb disciplinary sanctions through teacher training and mental health supports, but progress has been slow.

Despite these improvements, Coker said district is not yet satisfied.

“We always know we can do more,” Coker said.

For board member Helen Davis Frazier, the issue is a personal one.

Frazier worked at several of the district’s alternative reform programs as a guidance counselor and parent coordinator for more than two decades, where she saw firsthand how troubled students were removed from their home schools with the hopes of improving their behavior at a space specifically designed for those who have faced repeated disciplinary sanctions.

But during her time with the district, Frazier recalls never seeing more than two White students enrolled at these alternative programs each year.

“I have a history there of witnessing firsthand how the district has unjustifiably allowed a system to perpetuate the pipeline to prison,” she said. “During my tenure, all of those programs were persistently and predominantly a holding cell for African American students.”

Frazier is just one of five newly elected board members who have pledged to focus on improving disciplinary outcomes.

For many of the newcomers, the flaws in the district’s disciplinary system have been around for decades, and it’s an issue they say can no longer be overlooked.

“We have really, really come from a system of disenfranchising our Black students, and we owe it to some of these students now. We’ve got to get a handle on how we save these students,” Frazier said. “We either pay now or we pay later.”

The issue of racial disparities in the educational discipline system isn’t exclusive to Charleston schools.

For years, researchers have documented how Black students across the United States are subject to disciplinary action at rates much higher than their White counterparts.

Over the past three years, Black students in Charleston County were suspended nearly 10 times more than White students, according to data analyzed by the Charleston Area Justice Ministry. During the 2018-19 school year alone, 39 percent of Black students in the district received an in-school or out-of-school suspension at least once.

That same school year, more Charleston County students were suspended than any other district in the state, said Elise Davis-McFarland, vice president of the Charleston Area Justice Ministry and vice chair of its education steering committee.

The organization has been pushing the district in recent years to implement what’s known as “restorative practices,” a social science that has been presented as a solution to some of the disciplinary issues in schools by training teachers how to build relationships with students and better deal with school-based conflicts.

“It’s a philosophy in terms of how you change the culture of a school,” Davis-McFarland said.

The approach was first developed by Australian police in the 1990s to work with juvenile offenders. Since then, it has spread to schools worldwide.

The model largely focuses on resolving conflicts though personal responsibility and healing relationships, something board member Kristen French said is crucial.

“A lot of kids in our school system have suffered trauma, and we need to focus on the fact that all of our kids need help with that,” French said.

French hopes the new board will be able to revise some the wording of the district’s discipline policy.

“The language just feels like we are criminalizing the students. And it bothered me that we should ever look at students that way,” French said.

Board member Lauren Herterich, who also supports restorative justice techniques, agreed that a sweeping analysis of the existing policies and procedures in place is necessary.

She’s already had several conversations with other new board members during their orientation sessions about how to best tackle districtwide discipline reform.

“We have to get to the root of the issue,” Herterich said. “There are so many underlying causes for behavior and we have to support kids and families where they’re at.”

But the district has failed to implement restorative practices across the all 87 public schools and programs, sparking concerns from CAJM and other community advocates.

This spring, Davis-McFarland and other members of the group formally called on the superintendent to perform a districtwide assessment of what has been done to date to improve the climate of the schools and to drive down suspension and arrest rates and disparities.

In addition to the five schools that have already established restorative practice programs, three new schools are in the process of implementing the program this year, Coker said.

The district employs 16 staff who help train schools on restorative practices, Coker said, and 12 more will join the team.

The district is able to offer restorative practice training for any schools that want it, Coker said, but requiring all schools to participate via a board action might not be a good idea.

“It’s always important to have the buy-in of staff who’s supposed to implement something, especially when you’re doing something like restorative practices where it really is about sharing your thoughts and feelings with each other,” Coker said. “You need to have staff ready and on board to do that.”

Much of board member Courtney Waters’ campaign leading up to the election was focused on implementing restorative practices in more Charleston County schools.

As a former educator herself, Waters understands that teacher support and buy-in is a crucial part of implementing new policies.

“I’m just really looking forward to seeing a really deep and gallant effort to make sure that restorative practices is something that teachers take on and own,” she said.

Waters has seen firsthand the impact teachers can have on struggling students.

“When you actually are teaching, walking the halls every day, some of the students who have the most trouble become your favorites because they’re tougher to crack but when you see progress with them, progress is made in spades,” Waters said.

One of the first things Waters did after her election was ask the district for updated information on the disciplinary practices in place.

She was encouraged to learn that the district has already invested time and resources into this issue, including more than $350,000 allocated to train its staff, employees and board members on implicit bias, racial diversity and other cultural issues.

Still, she said, there is still lots of room for improvement.

“The fact that Black students are suspended more often, that equity gap is what’s not working,” Waters said. “So that’s the piece I think everyone needs to be corralling energy around: Why the experiences of students of color are so different than White students.”

Board member Erica Cokley remembers what it was like growing up in South Carolina public schools as a Black child and teenager.

There were only a few other students of color at her schools growing up. It was only until after she graduated from high school in ’98 that she realized most of her peers had dropped out or ended up in jail.

“That pipeline to prison, I feel like I did survive,” Cokley said.

Cokley recalled an instance where her second grade teacher questioned her for cheating after she made As and Bs on her assignments.

“This is my reality,” she said of the disparities that still exist in Charleston’s behavioral system today. “I lived all of this.”

Cokley and other members of the new school board cohort all agree that discipline reform isn’t something that can be solved just by updating the discipline policy.

In addition to more wraparound social supports and mental health resources, the district should focus on hiring more minority teachers so that students can better see themselves represented in the classroom, Cokley said.

“A lot of it has to do with representation: Do Black students have teachers who look like them who might be more equipped to respond to their expressions and cultural expressions and things like that?” Waters said.

Across the country, male teachers of color occupy just 2 percent of all classrooms even as minority student populations continue to grow, according to the American Federation of Teachers.

It’s a similar story in Charleston County, where around 2.5 percent of teachers are Black males.

The new school board members were sworn in on Nov. 16 prior to their first official meeting.