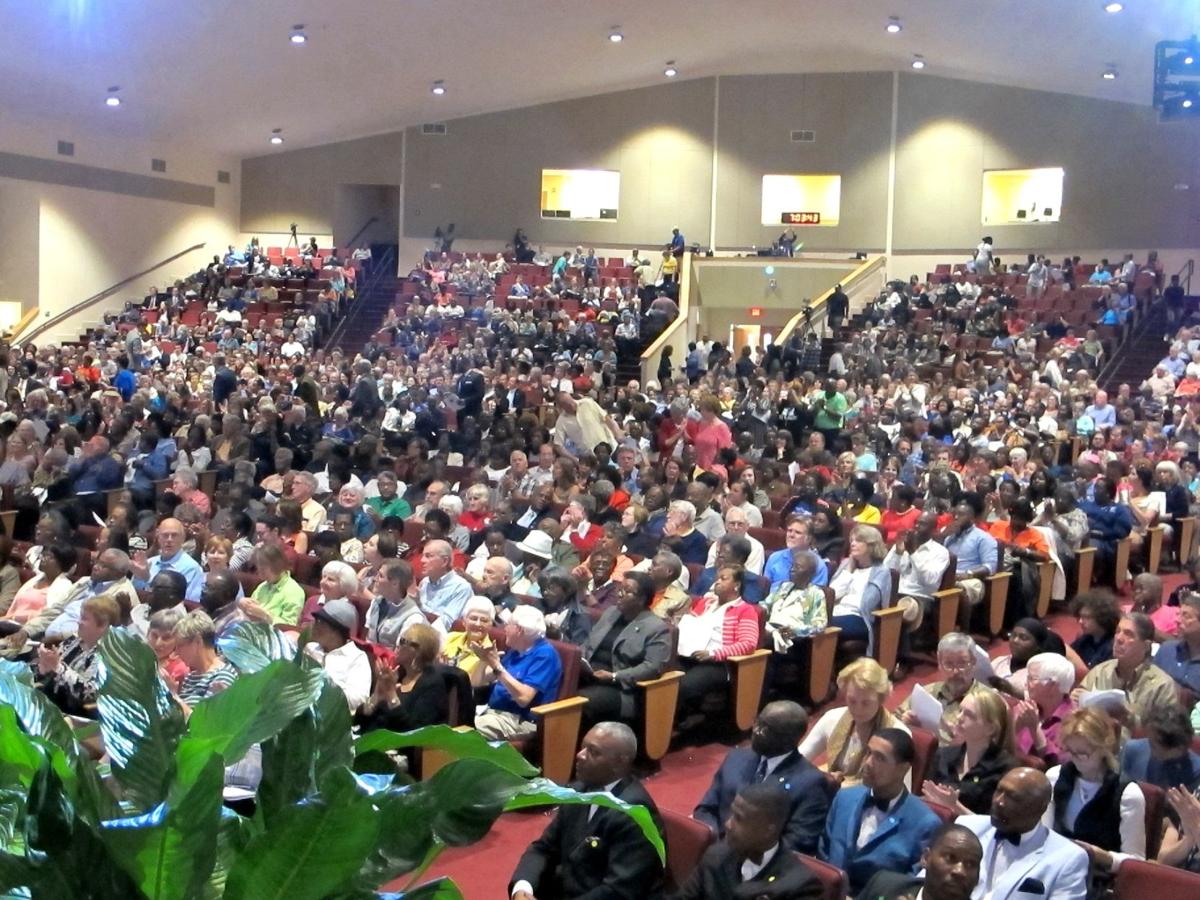 Can ‘restorative practices’ in schools get at the root of bad behavior? The idea is being tested

The two boys were play-fighting, until suddenly they weren’t. The slap rang out at Northwoods Middle School.

Students at Northwoods are bound by the same rules and consequences as anyone else in the Charleston County School District. But thanks to a pilot program that started at their school and four others last year, the students also have a unique opportunity to face one another and make amends for their mistakes.

The pilot program is known as “restorative practices,” an approach to resolving conflicts that emphasizes personal responsibility and healing relationships. The approach was developed by Australian police to work with juvenile offenders in the 1990s, and it has since spread to schools worldwide.

In the case of the eighth-grader at Northwoods who slapped his friend and classmate several months ago, health teacher Beth Lewis said she approached both boys and asked if they would like to hold a formal conference about what happened.

They agreed. During a related arts period, the boys brought along supporters — a teacher for one, a friend for the other — and faced each other sitting down. Lewis moderated the conversation, but she wanted the boys to look each other in the eyes.

The process took 30 or 40 minutes. It was slow, deliberate and more than a little bit awkward.

Both boys explained what they were thinking at the time and how they felt afterward. Their supporters alternately encouraged them and questioned why they would act so foolishly.

“They had to own their behavior,” Lewis said.

In the end, the boys promised to walk away and talk to a teacher if things ever got out of hand again. They haven’t had any fights since.

From the ground up

Responding to national concerns about disproportionate punishment of African-American students, the district of more than 700,000 students banned suspensions for defiance and rolled out restorative justice training to all its schools.

The number of instructional days lost to suspension dropped from 75,000 in 2007-08 to 5,024 in 2014-15, according to the Los Angeles Times. But some teachers complained that their classrooms were plunged into chaos when they lost the ability to remove students who distracted their classmates.

Priscilla Jeffery, a Charleston County School Board member and early proponent of restorative practices, said top-down mandates can be a fatal flaw when it comes to discipline reform. In Charleston County, the idea came first from an activist group of religious congregations called the Charleston Area Justice Ministry.

When the district launched its pilot this school year, it only trained the staff in five schools where administrators had requested to participate: Northwoods Middle, St. John’s High, Sanders-Clyde Elementary, Liberty Hill Academy and Daniel Jenkins Academy. This summer, the district plans to train 12 more staff members who then can train others in restorative practices.

Jeffery said she wants the program to work less like it did in Los Angeles and more like it does in Jacksonville, Fla., and Denver, Colo. She has seen the program in action at both districts and was particularly struck by the grassroots support at North High School in Denver.

“They had trained everyone from the principal to the custodian, so everyone had the same language,” Jeffery said. “If a custodian found a student in the hall and said, ‘Refocus,’ kids knew what that meant.”

At least one school system in South Carolina, the Pickens County School District, has adopted some elements of restorative practices. While that district has not trained all of its staff in the technique, Superintendent Danny Merck has hired several principals trained in it, according to spokesman John Eby.

“We are into accountability, but it doesn’t have to be punishment,” said Gary Culler, principal of Easley High. “You’re never going to punish your way to greatness.”

Culler said he sometimes holds formal conferences, meeting with students and parents to decide the terms of their accountability. In one case, when students were caught spray-painting profanity on the school as part of a senior prank, he allowed them to walk across the stage to receive their diplomas — but the students had to spend a day cleaning the entire campus.

The Charleston County School District budgeted $30,000 for its restorative practices pilot in the first year and plans to spend another $20,000 next year to cover further training costs. The money comes from a state allotment dedicated to at-risk students.

At the pilot schools, teachers are beginning to hold conferences with students — like the eighth-grader who slapped his friend at Northwoods, or a seventh-grader who locked a classmate in the band instrument room last week.

Restorative practices could prove particularly relevant at Daniel Jenkins Academy, an alternative school for students with criminal and behavioral problems, and at other North Charleston schools, such as Northwoods, that often rank among the highest suspension rates in the county. The city also recently endured its deadliest two-year stretch of homicides.

Once a week at Northwoods this year, teachers have rearranged the seats in their classrooms and hosted problem-solving circles with the entire class.

On a recent Friday, Lewis posed the question to her students, “How can we reduce the number of fights?”

According to Lewis, the students took her point. But she also took their point: Like many teachers in high-poverty schools, she did not grow up in the community she is serving. Part of the point of the circle is building trust, and that goes both ways.